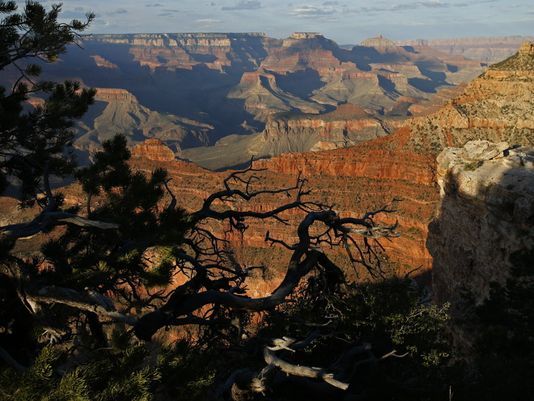 The United States dropped two slots in international rankings of desirable tourist destinations – even before President Trump’s travel policies provoked industry concerns about billions in lost revenue, according to a report released Thursday.

The U.S. still ranks sixth among the most tourist-friendly places to visit in the World Economic Forum’s Travel and Tourism Competitiveness Report 2017. But Japan and the United Kingdom each leapt ahead of the U.S. in the 387-page report that is compiled every other year.

Spain, France and Germany remained the top tourist destinations from 2015 for ease of access and desirable things to see while there. Rounding out the top 10 destinations are Australia, Italy, Canada and Switzerland.

The U.S. kept the same score as in 2015 and rated high in air transportation, exceptional tourist infrastructure and access to vast natural and cultural resources. For example, the report consults the United Nations Educational, Scientific and Cultural Organization for remarkable sites such as the Grand Canyon or Yellowstone national parks.

But the U.S. lost ground in the appeal of its natural resources, and the report urged more investment in ground infrastructure.  UNESCO lists Florida’s Everglades National Park in danger.

“We have seen a little bit of a decline,” said Roberto Crotti, an economist at the forum and co-author of the report. “The prioritization of tourism is less strong than it used to be.”

Information for the rankings in 14 categories was collected before Trump was elected, so his policies aren’t reflected in the standings.

But industry officials worry that Trump’s proposals to temporarily restrict arrivals from six majority-Muslim countries would hurt tourism. The Department of Homeland Security also prohibited electronics in the cabin of planes flying nonstop from 10 airports in the Middle East and Africa.

International tourists could spend $18 billion less in the U.S. by the end of 2018 because of the travel ban, according to a projection from Tourism Economics of Wayne, Pa.

The ban has been blocked in federal court and is on appeal. The electronics ban could be expanded, officials said Tuesday.

Indeed these other things could make the situation even worse doing forward,” Crotti said. “Most countries tend to be more open. Countries going in the opposite direction are going against the current.”

Trump ordered the travel ban in order to tighten visa distribution in terror hotspots. Crotti said Australia, which ranks seventh in the report, is a model of tightening visa policy while still encouraging travel.

“Right now the key element is to combine ease of access with security,” Crotti said. “Many countries have managed to do so using smart visa policy, so they didn’t need to necessarily restrict access because of security.”

“The rise of Asia’s giants shows that the Asian Tourism Century is becoming a reality,” said Tiffany Misrahi, who works on aviation, travel and tourism at the World Economic Forum. “To reach their potential, the majority of countries still have to do more, from enhancing security, promoting their cultural heritage, building their infrastructure and creating stronger visa policies.”

No comment
eddieth69 - Big winners at the 2018 Billboard Music Awards