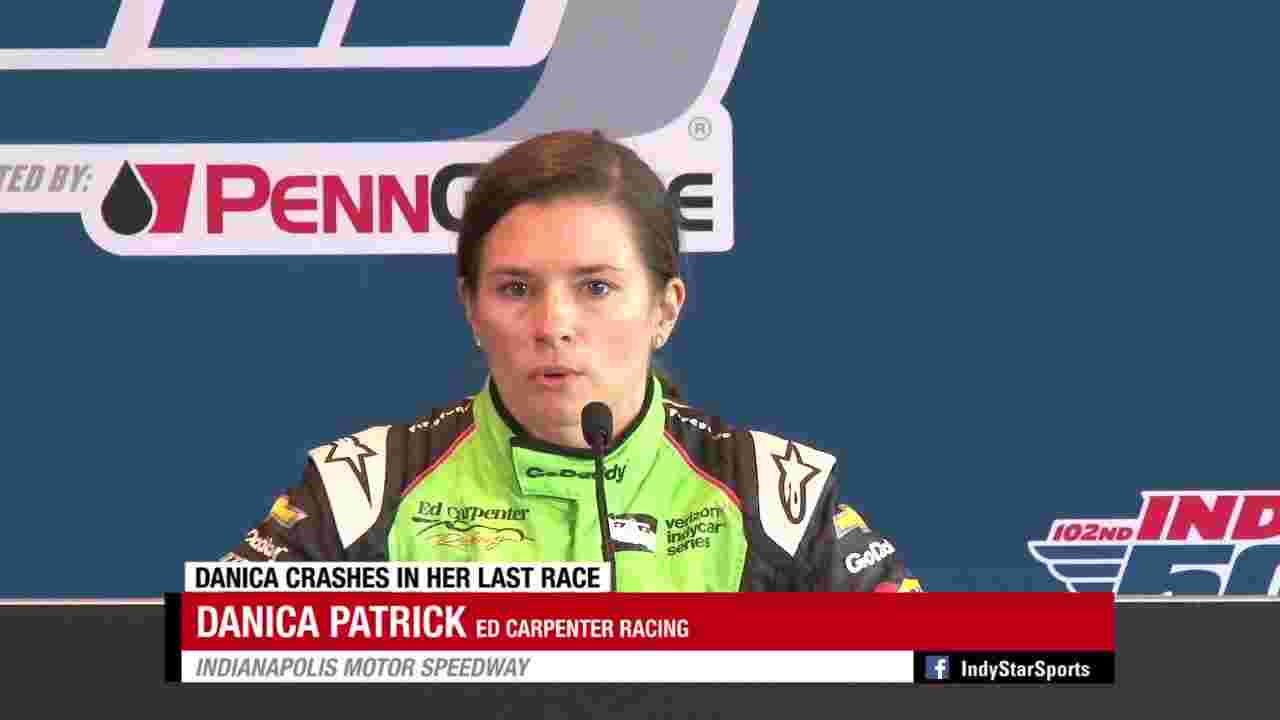 The last race of Danica Patrick’s 14-year career behind the wheel ended with a crash, leaving her devastated at the Indianapolis 500 on Sunday.

She had a fast car that she qualified seventh of 33 last weekend, along with high hopes and a real chance to better her career-high third-place finish from 2009. Or even win one of the biggest races in the world.

But in heartbreaking fashion for the 36-year-old driver, her car got loose as she drove through Turn 2 at Indianapolis Motor Speedway on lap 68. She spun out and slammed into the wall as pieces of her bright green No. 13 GoDaddy Chevrolet flew through the air. It was one of several crashes Sunday.

When Danica Patrick lost her Monster Energy NASCAR Cup Series ride at the end of the 2017 season, she said she’d compete twice more, in two of America’s biggest racing events, before retiring from the top levels of the sport in 2018—the Daytona 500 and Indianapolis 500. Both of those attempts ended in a wreck. 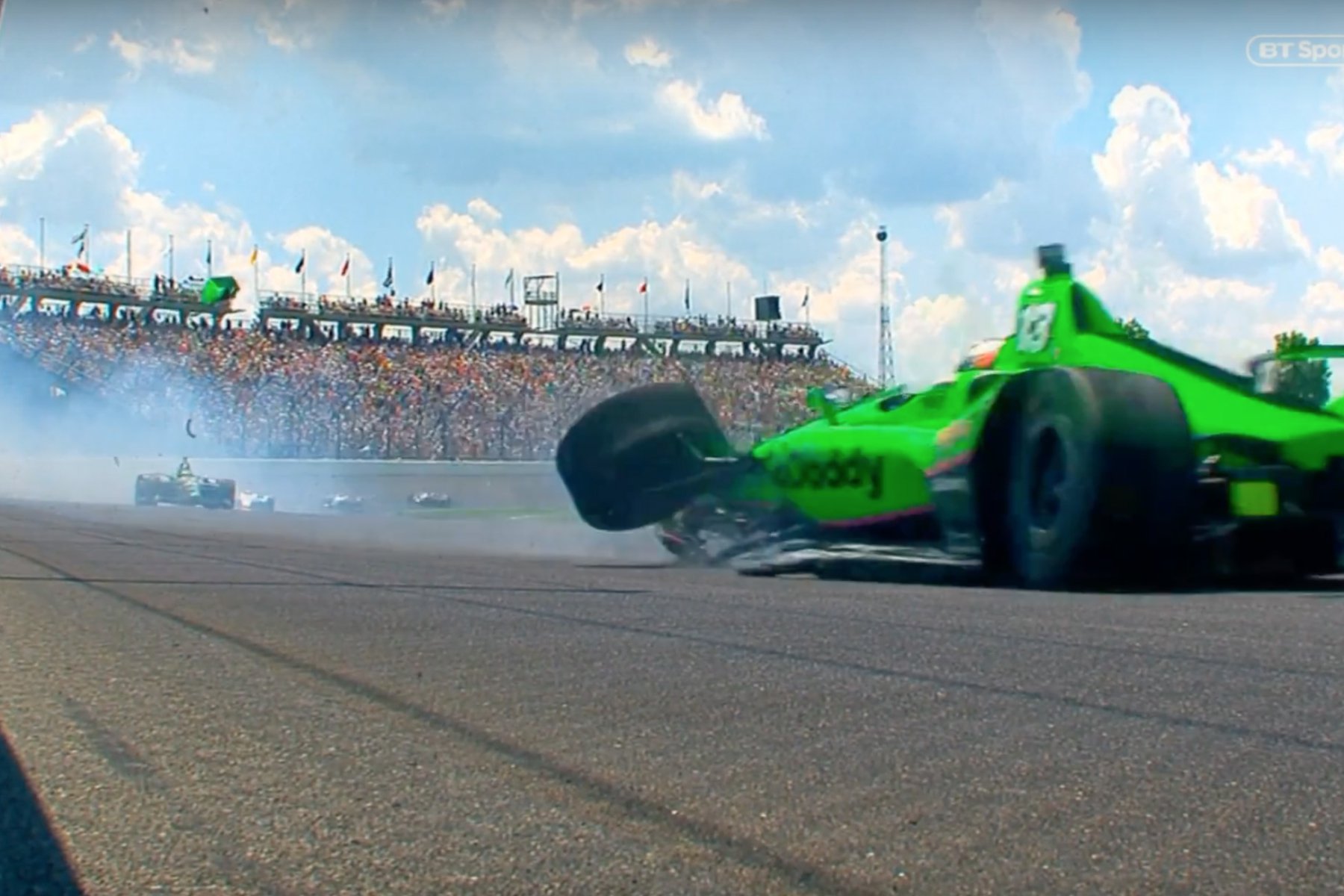 The Indy 500 wreck means Patrick will finish 30th, which is, according to NBC Sports’ Nate Ryan, her worst finish in the race. Racing Reference lists most of her eight starts in the race as top-10 finishes, and she finished third in 2009.

Patrick hasn’t raced in IndyCar since 2011, but qualified seventh in a field of 33 for the Indianapolis 500 in her return this year. She dropped back to 12th or so around the start, and hung in the teens during a rather calm first half of the race before spinning in the second corner of the track on lap 68. 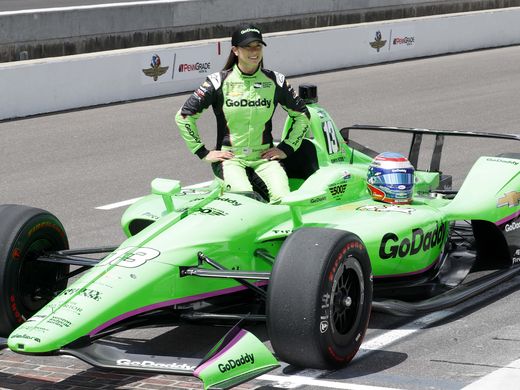 Patrick said she didn’t exactly know how the car got loose in the turn but was having issues with it early in the race.

“But I kind of said before I came here that I feel like if it’s a complete disaster — complete, as in not in the ballpark at all and look silly — then people may remember that. And if I win, people will remember that. But probably anything in between. (That) might just be a little part of a big story.

The wreck that took Patrick out of her final race looked a lot different from the wreck that took her out of her final Daytona 500, since she just got collected in a pileup typical of NASCAR’s restrictor-plate races there. Patrick spun by herself and didn’t hit any other cars at Indianapolis, since high temperatures and a new aerodynamics package in IndyCar spread the field out single file from early on. 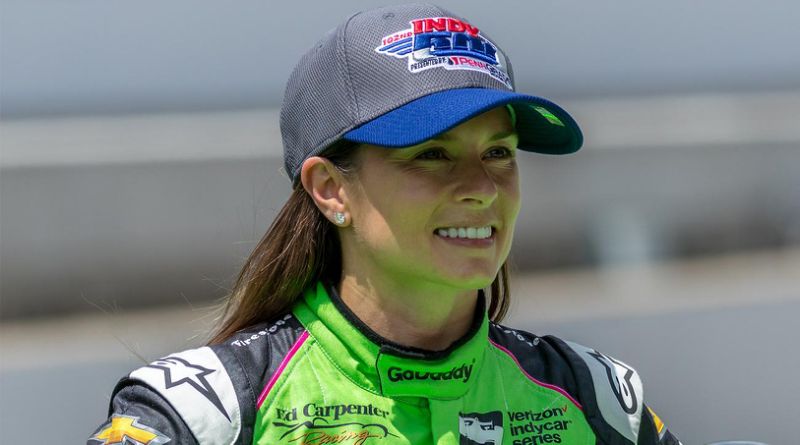 The end of Patrick’s racing career is, as cheesy as it sounds, the end of an era in motorsports. Patrick made it to the top levels of American motorsports in both open-wheel racing and in stock cars, and as a driver, she was a visible, popular reminder that professional motorsports isn’t just a man’s sport. Patrick was that in IndyCar from 2005 to 2011, and in NASCAR from 2010 until this year.