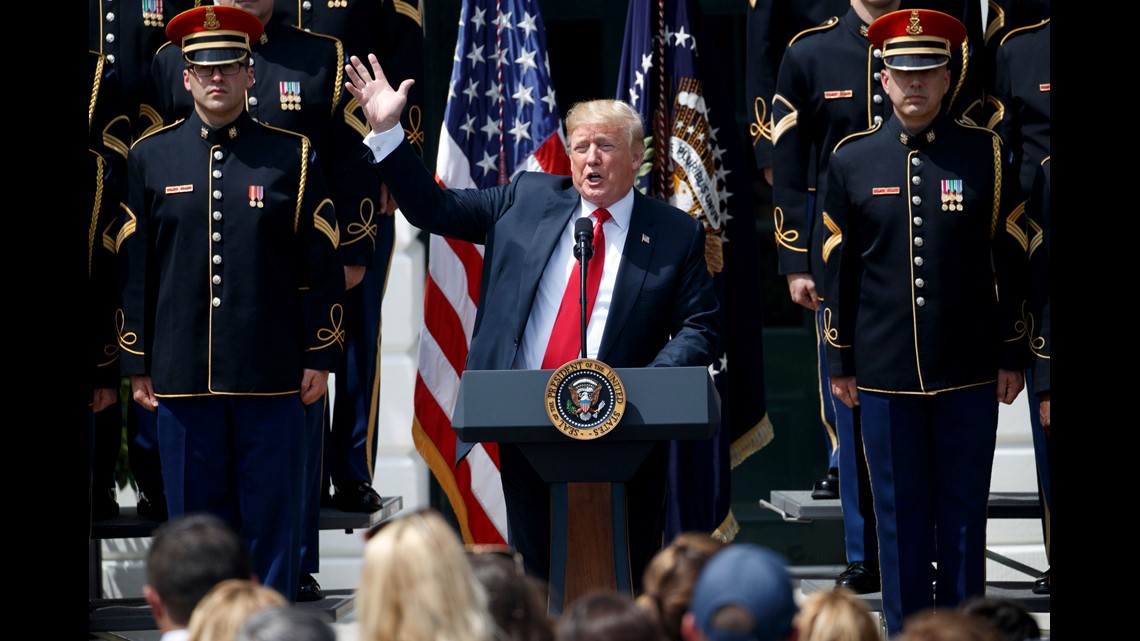 Does President Trump know the words to God Bless America?After disinviting the Super Bowl champion Philadelphia Eagles from their scheduled White House visit, Trump invited the teams’ fans to join him for a “Celebrate America” event on the South Lawn of the White House Tuesday.

After rescinding his invitation to host the Philadelphia Eagles at the White House upon learning only a few team members planned to show up, Trump instead hosted an event to “celebrate the flag,” as NBC News reported.

“The Philadelphia Eagles are unable to come to the White House with their full team to be celebrated tomorrow,” Trump wrote in a statement. “They disagree with their President because he insists that they proudly stand for the National Anthem, hand on heart, in honor of the great men and women of our military and the people of our country.”

In the same tweet announcing the cancelation, he took issue with the NFL’s new policy allowing players to remain in the locker room during the national anthem. 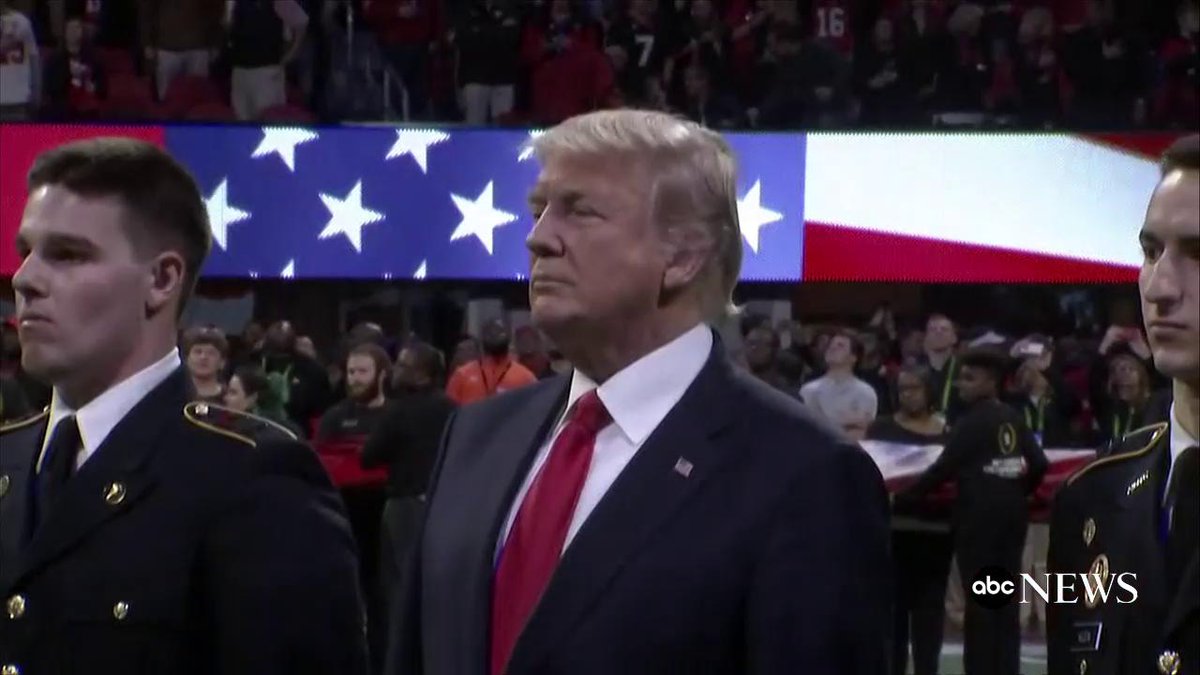 “Staying in the Locker Room for the playing of our National Anthem is as disrespectful to our country as kneeling. Sorry!” Trump said.

So does this mean the dotard Mr. Drumpf doesn’t know the words to “God Bless America?” Dude, I don’t know! Maybe he doesn’t. Or maybe he is too lazy to sing the words, despite basing an entire event on respecting the American flag. (By the way, not a single Philadelphia Eagles player knelt for the national anthem last season. Also, that particular protest is about police brutality, not about how much anyone respects veterans or the flag.)

Anyway, it doesn’t look like either of the teams in the running to win the NBA finals want to visit the White House, either. Maybe our leader will nod along to “You’re A Grand Old Flag” like a hexed bobblehead when that doomed event comes around.