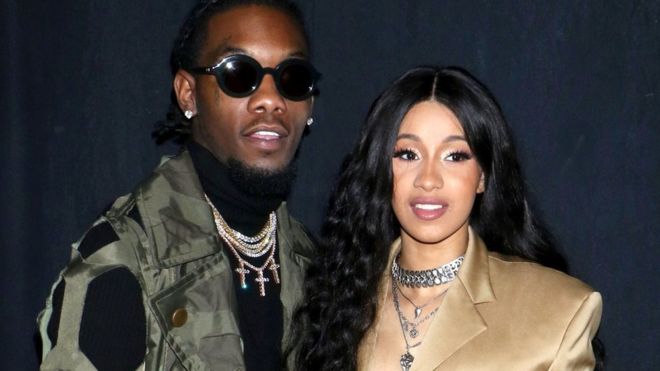 Cardi B confirmed on Monday that she wed Offset nine months ago.

The singer took to social media to explain she wanted to keep their marriage private but now that the cat is out of the bag, her fans may as well know the details.

Cardi and Offset, who are expecting their first child later this summer, made it seem as if they only got engaged in October when he bent down on one knee while on stage, but the cover girl explained that too.

Not to mention that she’s about to bring a baby into the world – it’s fair to say the past 12 months will go down in her history books as some of the best.

Rumours began circulating after Offset called Cardi his ‘wife’ during an acceptance speech at the BET Awards.

There are so many moments that I share with the world and then there are moments that I want to keep for myself! Getting married was one of those moments! Our relationship was so new breaking up and making up and we had a lot of growing up to do but we was so in love we didn’t want to lose each other, was one morning in September we woke up and decided to get married.

Cardi and Offset have been together since 2017 after collaborating on her song, ‘Lick’. They’re expecting their first child together, a little girl, this year.

No comment
manuelqv69 - Big winners at the 2018 Billboard Music Awards